The latest State Department Report on International Religious Freedoms for 2018 focused on violations of religious rights of the Serbian Orthodox Church in Kosovo, especially Dečani Monastery 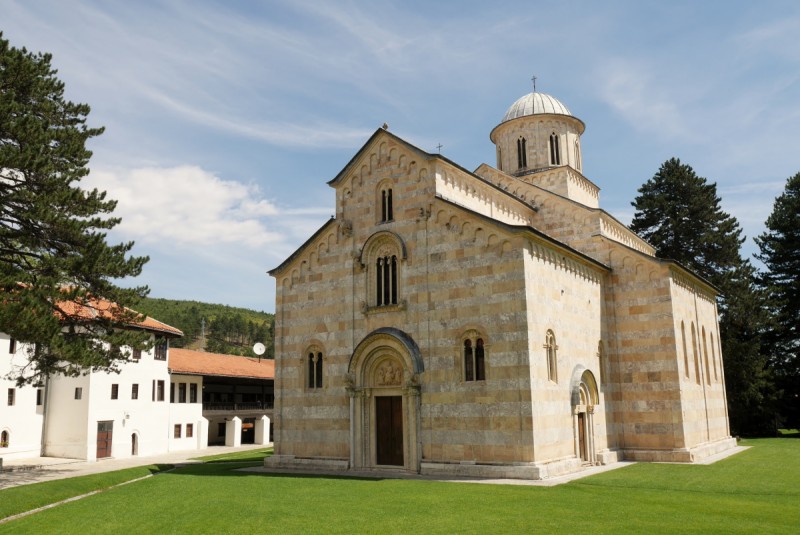 In the most recent report of the State Department on International Religious Freedom in 2018 particular attention was paid to violations of religious and property rights of the Serbian Orthodox Church in Kosovo. We are presenting an important passage focusing on Visoki Dečani Monastery, the Monument of the UNESCO World Cultural Heritage and a Monument on the List of the World Heritage in Danger. This site is obviously still target not only of armed extremists who attacked it for years but also Kosovo official institutions which do not stop with institutional pressures on this 700 years old Christian site. 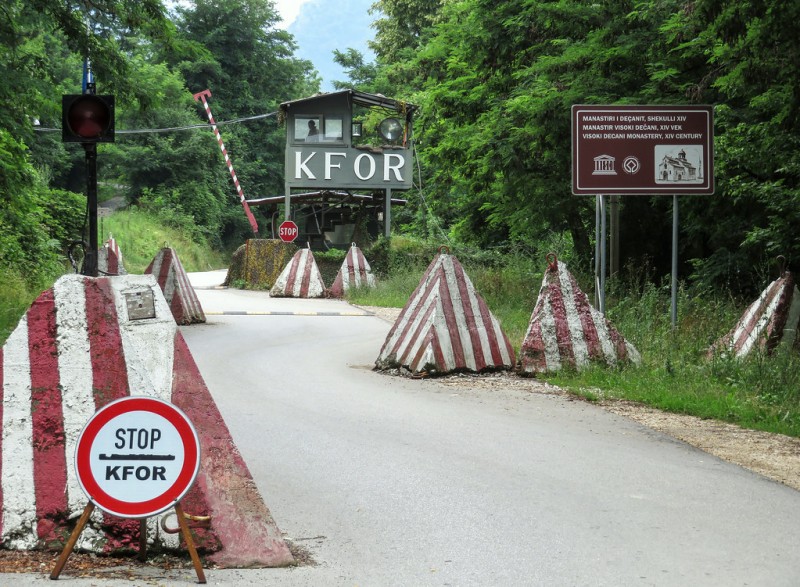 “The SOC (Serbian Orthodox Church) and international organiyations said Decan/Decani municipal officials continued to refuse to implement a 2016 Constitutional Court decision confirming the Supreme Court’s 2012 ruling that the municipality should return more than 24 hectares (59 acres) of land to the SOC’s Visoki Decani Monastery. Mayor of Decan/Decani Bashkim Ramosaj continued throughout the year to refer to the decision as unacceptable. Government authorities did not hold him or other municipal officials to account for failing to implement the Constitutional Court decision. NATO Kosovo Force, also known as KFOR, troops continued to provide security at the monastery.

Decan/Decani Municipality moved forward with plans to construct a road through the SPZ (Special protective zone) near Visoki Decani Monastery. According to EU and OSCE legal opinions issued during the year., Kosovo law forbids the construction of a transit road through an SPZ.The Prime Minister’s Office disputed this legal interpretation. In 2014 the IMC (*Implementation Monitoring Council for Protective Zones*) decided the planned road would violate the law. The IMC reaffirmed the road’s illegality at an April meeting.”

The entire Report on Kosovo Religious Freedom, the passages on Decani are on page 7: 2018 Report on International Religious Freedom: Kosovo https://www.state.gov/wp-content/uploads/2019/05/KOSOVO-2018-INTERNATIONAL-RELIGIOUS-FREEDOM-REPORT.pdf

The EU Office in Kosovo issued a public statement one year after the Court decision (20 April 2017) with an appeal that the rule of law must be respected:

“The EU is concerned by a continued lack of implementation of the 20 May 2016 Constitutional Court ruling on the land dispute case in Decan/e. Decisions by Kosovo’s highest legal authority are conclusive and must be implemented. The EU calls on authorities at all levels to demonstrate respect for the rule of law as a fundamental democratic principle. Full implementation of the ruling should take place without delay. The EU further condemns any actions to block access to or otherwise disrupt life at the Visoki Decani monastery.”  https://eeas.europa.eu/delegations/kosovo/24839/eu-concerned-lack-implementation-constitutional-court-ruling-land-dispute-case-decane_en
In the last two years the US Ambassadors Mr. Delawie and Mr. Kosnett have issued repeated statements requesting the rule of law be respected. These apeals were blantly ingored by Kosovo Prime Minister Haradinaj who remains staunchly opposed to the decision as well as the local Municipal Authorities. The Head of EU Office Mrs. Nataliya Apostolova reacted again a month ago issuing a request for the implementation of the Constitutional Court decision, again with no results. Last August the group of EU ambassadors and heads of mission in Pristina resolutely opposed to the construction of the transit road next to the 700 years old UNESCO World Heritage site. Kosovo Government has not given up the idea but remains stubbornly persistent to complete the road despite of Kosovo legislation in which such activity is prohibited and cannot be approved neither by the monastery nor international or local authorities.
The recent tweets by the Head of the EU Office in Kosovo and the US Ambassador Philip S. Kosnett related to the Decani Monastery religious and property rights:

The Diocese is taking this opportunity to thank to Mrs. Apostolova and Mr. Kosnett and all internatonal representatives in Kosovo who have been focused on protection of religious and property rights, rule of law and order.