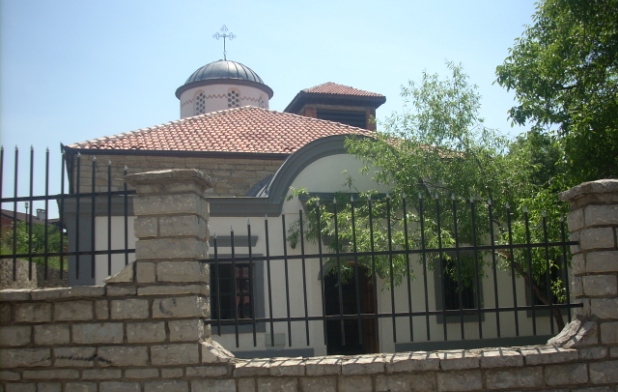 We are truly greatly surprised and disappointed by an article which appeared today in several Kosovo media outlets under the title, “Serbian Church in Priština combats COVID-19 with unproven Russian methods.” The article mentions that residents of the neighborhood surrounding the church are allegedly “disturbed by the noise” created by the bells. This content was posted by various Kosovo media outlets including state-owned RTK, as well as other outlets such as Telegrafi, Bota Sot, Kosovarja, etc. The article includes a statement from a Agim Musliu, a reported “security expert,” who says that all this is actually a “primitive and provocative Russian method.” Musliu continues on to speak of “disinformation coming out of Russia,” claims that “individuals from the Serbian intelligence service are active in all the churches [in Kosovo],” and concludes that “wherever the Serbian intelligence service is active, we can be sure their Russian counterpart is as well,” and that, according to Musliu, this is why all this is a campaign to create chaos orchestrated by Moscow.”

During this tragic period of the Coronavirus pandemic, we in the Diocese of Raška-Prizren of the Serbian Orthodox Church regard this article with great concern and disappointment, as it goes far beyond the bounds of responsible, professional journalism and instead represents an example of the intentional, contrived targeting of the Serbian Orthodox Church in Kosovo and Metohija, which has existed on this territory for centuries. First of all, it must be pointed out that the practice of ringing bells in churches did not begin in Russia, but rather in Italy, in Campania in the 5th century, and that Christians, be they Orthodox, Roman Catholic, or Protestant, throughout the world for centuries have rung bells not only to announce the beginning of church services, but also in periods of catastrophe, pestilence, and great suffering. For example, during the current global pandemic, all churches in Amsterdam have been ringing their bells as a sign of solidarity.

The reason for all this is, of course, first and foremost to remind people to pray, to encourage solidarity, to stop one’s regular activities for at least a moment and remember God, regardless of one’s particular faith or religious confession. We attach below a short list of Western websites which show quite clearly that the current practice of ringing church bells during the pandemic has been introduced in Western Christian countries, especially Roman Catholic ones. This is something being done in America, Canada, France, Australia, the Philippines, and many other countries, not just in Orthodox areas. Moreover, the ringing of church bells is similar to the Muslim call to prayer which happens five times per day: they both have the primary purpose of calling the people to prayer, something which should not be controversial to anyone who believes in God and who respects others. By ringing our bells, we demonstrate the solidarity which our church feels for all the people of Kosovo, regardless of their faith or language, since we are all equally threatened by the current pandemic. As the bells are rung, we pray for all the sick, and not only those close to us, but whoever is sick and suffering the world over, and for those who selflessly are caring for the sick in hospitals, and we offer up our prayers that God would soon bring this epidemic to an end, and that life would return to normalcy.

The ringing of church bells, just like the call to prayer heard from minarets, is regulated by the laws of Kosovo in terms of decibel level, and any well-intentioned reader can discern for themselves that the sound impact of our bells is no more than that created by the call to prayer emanating from the dozens of mosques found in larger towns in Kosovo. Church bells are a part of European civilization, of the continent on which we all live, and it is quite unfortunate that from Kosovo we are hearing certain voices claiming this is disruptive. In any case, Bishop Teodosije has made the decision that St. Nicholas Church in Priština shall cease the frequent ringing of its bells, even though the parish priest, Fr. Saša Mitrović, affirms that no one from the neighborhood has complained to him about the bells, and that even some of the church’s neighbors have actively expressed their support for ringing the bells.

Our Diocese sincerely hopes that in this period of worldwide humanitarian crisis, there will be no more articles such as this one, nor commentaries from uninformed and obviously ill-willed “experts,” but rather that this latest period of suffering would bring us all to greater solidarity and unity, that we would all have more mutual understanding, that we would all be able to overcome our political and inter-ethnic differences. This is neither the time nor the place to busy ourselves with political or ethnic disagreements, when there are so many sick among us, especially the elderly. In time of crisis, we must always be together and united, and above all we must be good neighbors to one another and allow a spirit of tolerance to prevail, for we all live in a region where different faith communities have lived together for centuries, and this we must do in a spirit of peace and mutual respect.

Issued by the Office of the Diocese of Raška-Prizren

LINKS – How ringing bells is used during the Covid-19 pandemic in the Western Christian world: