Serbian Orthodox Church facing with blatant denial of our religious freedom, threats and acts of desecration of our sites

Communique of the Diocese of Raška and Prizren

On the occasion of a series of provocative statements by Kosovo Albanian political representatives as well as open threats published in some Kosovo media outlets regarding the Holy Liturgy served at Christ the Savior church in Priština on 10 June by which open ethnic and religious hatred is instigated, the SOC Diocese of Raška-Prizren is compelled to emphasize publicly once again that celebration of religious feast days at sites which are in ownership of the Serbian Orthodox Church(SOC) constitutes the fundamental religious right recognized by laws which must be respected without any conditioning. The church celebration of the Ascension of the Lord at Christ the Savior cathedral which is in legal ownership of the Serbian Orthodox Church cannot therefore be treated as a political issue, but deserve equal treatement as religious rites by other religious communities in their places of worship. 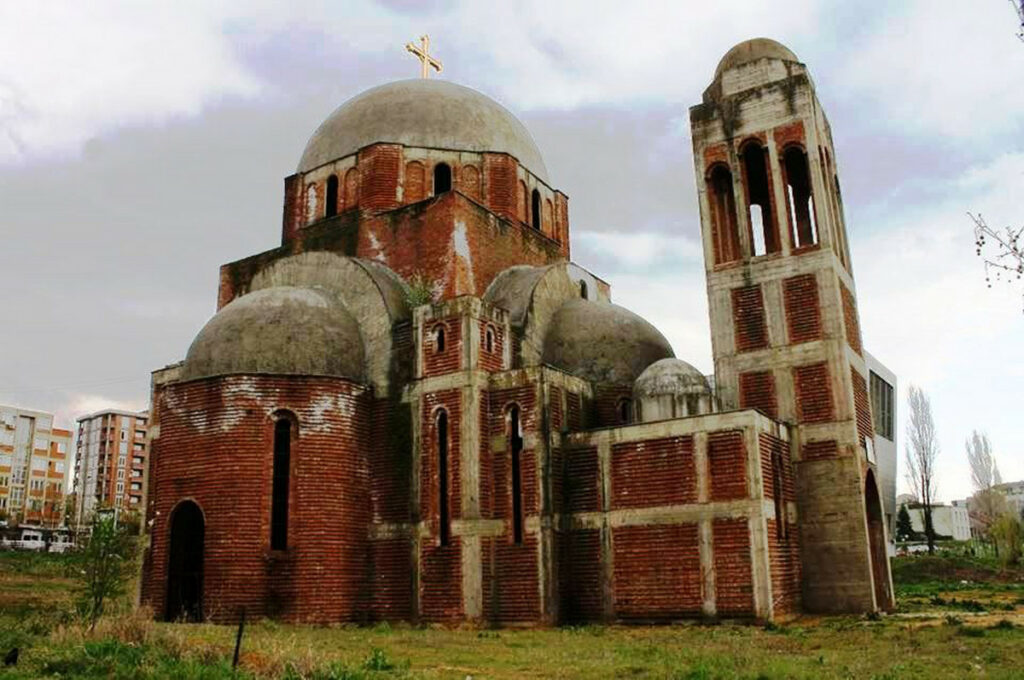 Christ the Savior church is inscribed in the Kosovo Land register as a property on the legally owned land of the Serbian Orthodox Church (which can be seen in Cadastral records). This land is not aproperty of the Priština University, regardless years of its legally unfounded attempts to remove this church which painfully reminds local Kosovo Albanians of 40.000 Serbs who were expelled from Priština after the armed conflict in 1999 and whose property remains in many cases legally usurped. There is no legally valid judicial act which denies the property rights of the Serbian Orthodox Church over the Christ the Savior church or sees the church as illegal, so the SOC is by no means obliged by any law to request a permit for her religious services in its own property. Serving of liturgies in still unfinished churches is a frequent practice in our Church because the church was built on the consecrated foundations and already represents a holy place of worship.

Imposing upon the Church an obligation to request any permit for her religious rites inside our places of worship is not only a blatant violation of civilizational norms established after the World War II but also a violation of the legal regulations which Priština authorities adopted themselves and consider as legally valid. Therefore, those who call upon legal acts in order to justify their open hatred and discrimination of one religious community should read their own laws beforehand.

At the same time the judicial process by which the University without any valid prooves is trying to force our Church to demolish its own church, does not mean that the Church as a legal owner inscribed as such in the Cadastral records has no rights to continue using its legally constructed place of worship. On the other hand, in the situation in which Priština authorities for five years continue obstructing implementation of the Constitutional Court Decision on the land of Visoki Dečani Monastery, calling upon court procedures which have no legal effect on the Church ownership in Priština clearly demonstrate that justice in Kosovo is selectively applied, especially regarding the Serbian Orthodox Church.

Frequent and intensive attempts of denial of religious and property rights, the identity and the constitutionally recognized name of the Serbian Orthodox Church in Kosovo and Metohija by Kosovo institutions are sad reminders of a serious aggravation of a general situation of religious freedoms in this region, which does not contribute to the reconciliation and coexistence of its diverse communities but quite on the contrary, incites religious and ethnic hatred which at the same time endangers security of the Serbian Orthodox population and our spiritual and cultural patrimony in Kosovo and Metohija.

By celebrating the Ascension of the Lord in our church in Priština Bishop Teodosije did not organize a political gathering but served a Holy Liturgy. In his sermon in this still unfinished church, he called for peace and tolerance. For years this church has been targeted by Kosovo Albanian extremists who with legal impunity set it on fire, desecrated it several times, made grenade attacks and ultimately turned it into a public toilette and a garbage dump. This is a public shame not only of the city of Priština but of the University itself the officials of which have been constantly requesting removal of the church, while Kosovo Albanian politicians compete in hate speech statements and vilest accusations against the Serbian Orthodox Church. Our Church stands firmly on the position that all religious communities must enjoy a guaranteed right to perform their religious rites without obstructions in the places of worship they own and is ready, if necessary, to defend our rights both at the local courts and in front the international organizations dealing with human rights and religious freedoms as we possess valid legal documentation of ownership. 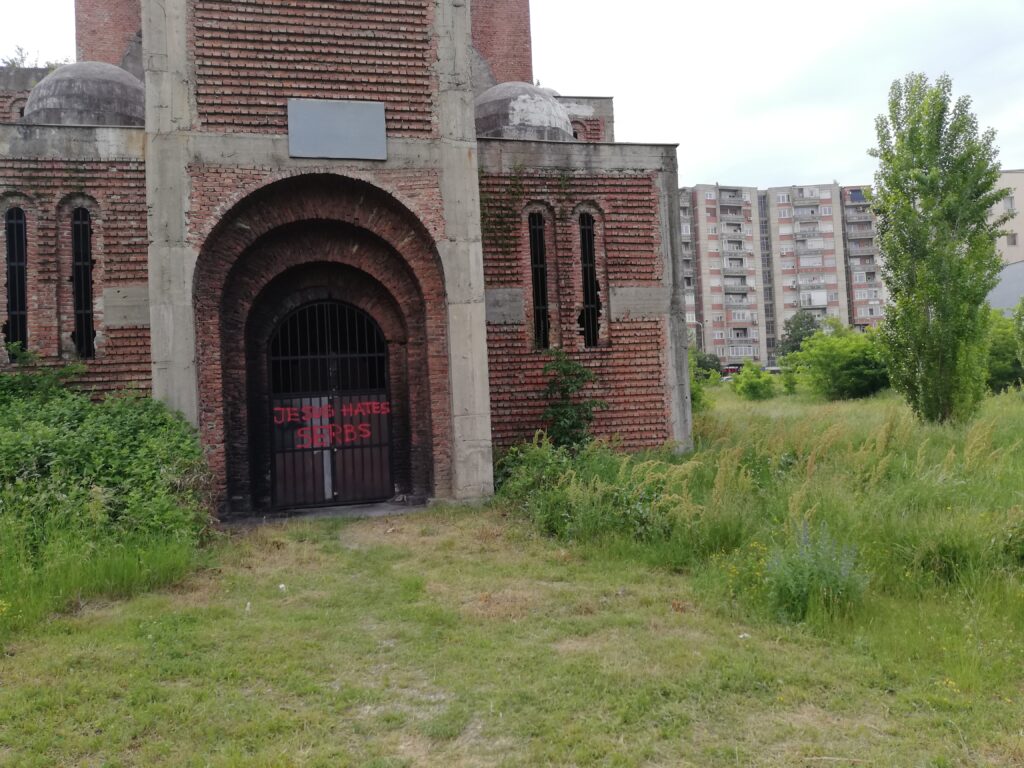 It was particularly shocking to see that beside a number of preposterous reactions and accusations in media a blasphemous graffito was painted on one of the doors of our church in Priština (Jesus hates Serbs), which we consider an open security threat (In the meantime a new one appeared with a hate speech quote by Albin Kurti and is still standing there). We expect from Kosovo police to identify perpetrators of these threats and brings them to justice. Also, we request from Kosovo police to treat these acts as what they truly are – the spreading of ethnic and religious hatred and an open threat, and not treat them as ordinary acts of vandalism or damaging of property which often happens in order to hide the widespread hatred and discrimination against the Serbian Orthodox Church in Kosovan society.

It is absolutely legitimate to wonder what is happening with a society in which one religious community is being threatened because of a religious service and why the graffiti of hatred and threats against that community appear although the Liturgy was served inside its legally owned place of worship. It is sad that even protests are being announced due to the religious ceremony inside our own church and that for that sake University students are being misused to carry on this incomprehensible hate mongering campaign.