Serbian Orthodox Diocese of Raška-Prizren is seriously concerned amid increased number of cases in which our believers, mostly Serb refugees from Kosovo and Metohija who live in Central Serbia are prevented to visit our holy sites and take part in religious celebrations in Kosovo and Metohija 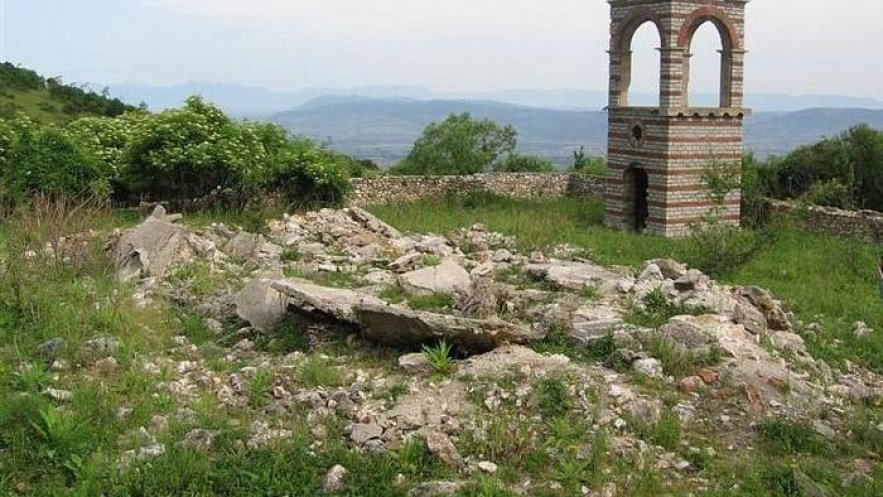 Since last Sunday when a group of Serbian Orthodox believers was prevented from entering Kosovo and Metohija, another incident repeated yesterday morning on 19 June. A bus with pilgrims from the village of Mušutište near Suva Reka, were first allowed to cross the administrative boundary at Jarinje but were ordered to leave territory of Kosovo and Metohija without any valid explanation.

This group of pilgrims was planning to visit several SOC sites in Kosovo and Metohija and celebrate the Feast of the Pentecost today attending the Holy Liturgy at the ruins of St. Trinity Monastery near Mušutište (Suva Reka Municipality), which was destroyed after the war in summer of 1999. For years after the war there were liturgies on that day at this site but in the last years local Kosovo Albanian protesters did not allow the access to the Monastery. This year it was not protesters but Kosovo institutions themselves i.e., Kosovo Police which prevented the pilgrims from continuing their pilgrimage, visiting their village and taking part in the celebration of the Pentecost. To make things even worse, the police did not simply return the bus with pilgrims from the administrative boundary as it was the case with some other pilgrim groups, but they ordered them to leave Kosovo and Metohija after they had legally passed the administrative boundary and reached North Mitrovica. As believers were prevented to attend the Liturgy, the liturgy at St. Trinity was cancelled today. 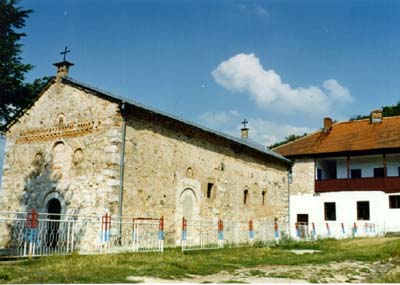 This last amid a series of incidents demonstrates an increased level of violation of fundamental religious rights, freedom of religion and the freedom of movement, on the basis of ethnic and religious affiliation, which is contradictory not only with Kosovo laws but also with all international standards of religious rights and freedoms. Priština institutions with such a behavior demonstrate open ethnic and religious discrimination which has, due to other incidents caused a serious aggravation of relations between our Diocese and Kosovo institutions as well as the cessation of all contacts until the full rule of law and observance of court rulings are established.

In this last incident we can see a blatant violation of the Law on religious freedoms which in the article 7A guarantees that there shall be no arbitrary banning of entrance to Kosovo for visitors of churches and monasteries of the Serbian Orthodox Church. For clarification, this is a law which the Kosovo Assembly adopted when they wanted to present to the world guarantees that Kosovo would be a tolerant and multiethnic society, which ultimately resulted with the termination of the “supervised independence”. Now, when the Kosovo Albanian authorities have seen that enough time has passed that they don’t need to keep even the pretense of tolerance, orchestrated actions have been intensified to dismantle the last remaining guarantees for normal life in Kosovo and Metohija which were at that time given to the Serbian Orthodox Church and Kosovo Serbs.

What particularly makes us even more concerned is the absence of public international reaction to the increased number of discriminatory acts by Kosovo institutions towards the SOC. The representatives of Western countries which were ensuring us several years ago that Kosovo laws would provide enough guarantees for our normal life and protection of our rights should by all means react to such actions which intensify from day to day. By the latest decision to ban entrance to Kosovo to our pilgrims who wanted to visit our holy sites, Priština authorities have not only violated the guaranteed rights of Kosovo Serbs and the SOC but also proved that their own legal regulations and the rule of law have no meaning and do not present any legal obligation for them regarding the rights of the Serbian Orthodox Church.

As Kosovo institutions are neither willing nor able to institutionally protect the rights and religious freedoms of the Serbian Orthodox Church, we can conclude that our Church for the sake of its survival urgently needs protection from illegal and discriminatory actions of the Kosovo institutions, which is necessary to be discussed within the Brussels dialog. In the meantime, the Diocese of Raška-Prizren makes an appeal on the international representatives to bring Priština authorities to their senses and make them respect their own laws because such a discriminatory behavior towards the SOC and her believers is jeopardizing security, raising tensions and in the long run is damaging for all in the region.

Diocese of Raška and Prizren