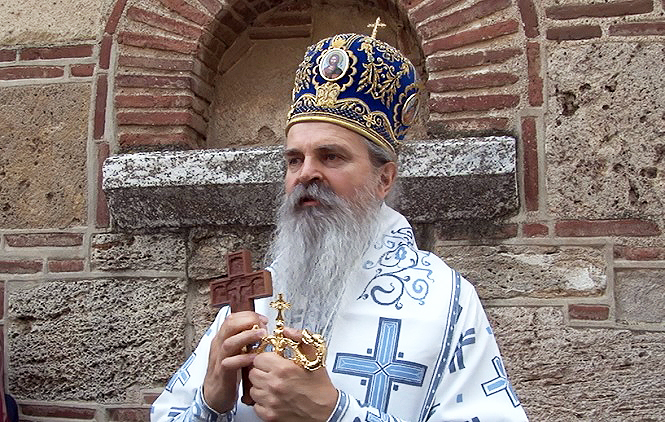 Following the decision of the reputable European NGO for cultural heritage EUROPA NOSTRA from April 8th, 2021, to include the monastery Visoki Dečani, in addition to several other cultural and historical sites in Italy, Austria, Northern Macedonia, Croatia, and Greece, in this year’s list of the seven most endangered cultural monuments in Europe, for days now, we have been witnessing an organized campaign conducted by Kosovo institutions, Kosovo Albanian CSOs (some of which are known for their extreme nationalism) and part of the K/Albanian media.

This campaign aims to present EUROPA NOSTRA as an organization that was reportedly instrumentalized by the Government of the Republic of Serbia and the Serbian Orthodox Church (SOC), thus further endangering the holy sites of our Church in Kosovo and Metohija, especially the monastery of Visoki Dečani.

First, on March 18th, 2021, the current leading figures of Kosovo institutions (Albin Kurti and Vjosa Osmani) sent a letter to the organization EUROPA NOSTRA, which was published by the new Minister of Culture, Hajrulla Ceku. On Saturday (April 16th), 40 Albanian CSOs in Kosovo wrote a public letter, in which they harshly criticized EUROPA NOSTRA’s decision, alleging that the inclusion of Visoki Dečani Monastery in the European list of seven most endangered cultural heritage monuments creates a “false reflection of the reality in Kosovo” and that the data on the nomination “mainly comes from the reports of Serb institutions”. These organizations claim that “the universal values of the sites that UNESCO has placed on the World Heritage List have already been recognized” while making no mention of the fact that all four of our UNESCO monuments have been on the UNESCO World Heritage in Danger list since 2006, and that the Dečani monastery is still under KFOR military protection due to real security risks. As the Bishop of Raška-Prizren and long-term Abbot of the monastery Visoki Dečani (1992-2011), I feel the need to react publicly and express my deepest concern because the long-standing campaign of desecration and destruction of Serbian Orthodox religious and cultural heritage in Kosovo and Metohija now continues with aggressive institutional and political pressure from Kosovo institutions, as well as a negative media campaign led against the Church, and especially the monastery of Visoki Dečani. 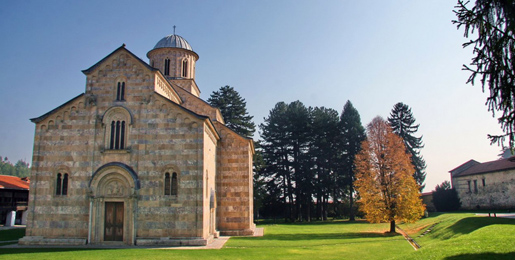 Europa Nostra listed the Visoki Dečani Monastery, as one of the most important UNESCO monuments in this part of Europe, among the seven most endangered cultural monuments this year, primarily bearing in mind that UNESCO itself recognized that it is endangered. The goal of this decision is not politically motivated (because the list includes monuments from several European countries), but a sincere intention to encourage improved protection and a more tolerant attitude toward this important monument and the holy site of the SOC. After all, cultural heritage should bring people together, not separate them. However, the monastery of Visoki Dečani has been under the strong protection of the international forces of KFOR for 21 years, especially the Italian contingent, which has been guarding this monastery this entire time. Visoki Dečani is currently the only religious building in Kosovo and Metohija under the protection of KFOR, but also the only religious building and UNESCO monument in Europe under such military protection. And this is certainly not for no reason, as evidenced by the following facts:

These are just the most important security threats that the monastery of Visoki Dečani has faced in previous years. In recent years, the Visoki Dečani Monastery, as well as our entire Diocese in Kosovo and Metohija, have faced institutional pressures, threats, media attacks, as well as open disrespect of Kosovo laws:

On top of all that, some representatives of Kosovo institutions continue to claim that not only the Visoki Dečani monastery, but also other SOC sites in Kosovo and Metohija, many of which were desecrated, burned, or even completely destroyed by Kosovo Albanian extremists AFTER the end of the war, are allegedly ethnic Albanian cultural monuments and that Kosovo is legally protecting them. It is persistently being claimed before foreign representatives that ethnic and religious harmony allegedly reigns here, although relations between Kosovo Serbs and Albanians have not been as bad as they are now for years. Although Kosovo laws formally include certain guarantees for the protection of SOC sites based on the obligations undertaken by the Assembly of Kosovo in 2008, from the Ahtisaari plan (Annex V), they are routinely not respected, neither is the official name of the Serbian Orthodox Church, which has its dioceses throughout the world. A particularly dishonorable example of the attack on the Dečani Monastery and our Church is the latest negative media campaign led by a marginal organization, known for its shameful role in spreading false information during the 2004 Albanian riots (which both the OSCE and Human Rights Watch wrote about). This organization, which allegedly deals with “human rights”, directly accused the current Abbot of Dečani, Fr. Sava, who, together with his brothers with my support, has been actively dedicated to preserving the spiritual and cultural heritage of the Serbian Orthodox Church in Kosovo and Metohija, as well as interethnic and interfaith reconciliation. No representative of Kosovo institutions, or any Albanian CSOs from Kosovo, has expressed disagreement with such preposterous and unfounded accusations, which speaks of a dangerous increase in intolerance towards the Serb population in Kosovo and Metohija. 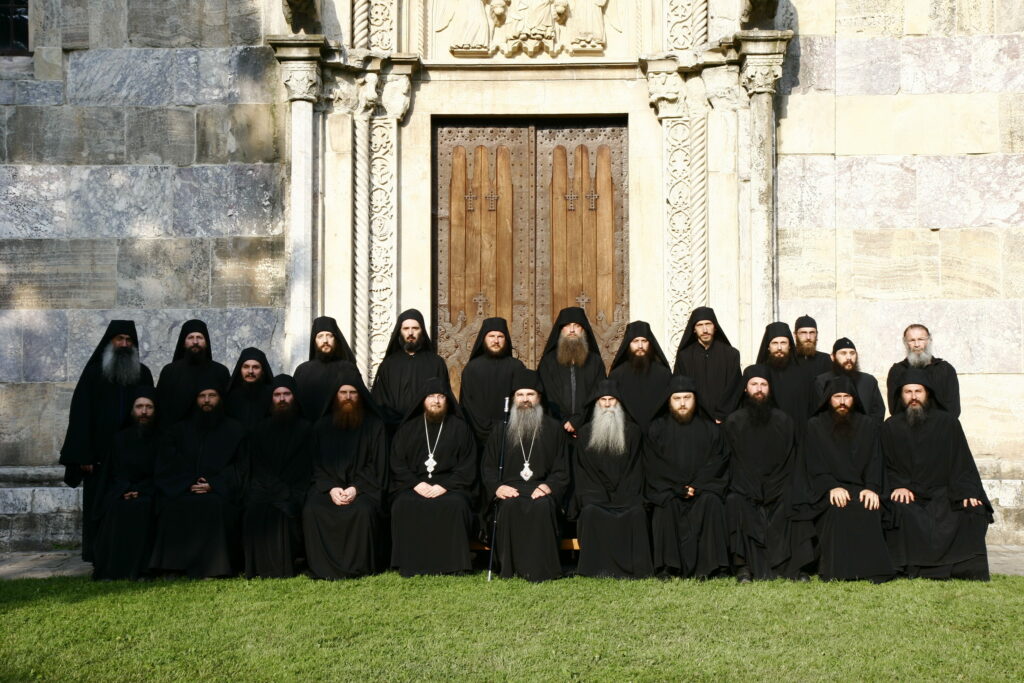 Bearing all these facts in mind, we can only say that the worrying behavior of the current Kosovo institutions, which deny in their letter that Visoki Dečani monastery is endangered, as well as the factually unfounded letter of Albanian CSOs in Kosovo, are sad examples of intolerance and show the true intentions of the Kosovo institutions – appropriating the Serb spiritual and cultural heritage, which the Government of Kosovo attempted to do with the draft law on cultural heritage in 2015.

Our heritage, which has preserved the identity of our people, culture, and religion for centuries, is now institutionally endangered, not only in Dečani but everywhere in Kosovo and Metohija.

Therefore, with this statement, we want to draw the public’s attention to the fact that neither the clergy of Visoki Dečani Monastery, nor our Diocese, feel safe and protected in this situation. Due to daily violations of the law, human and religious rights of the Serb people in Kosovo and Metohija, frequent thefts and desecration of our churches, cemeteries, prevention of the return of our expelled people, as well as the prevention of believers from accessing some of our religious sites, we must emphasize that in the current circumstances we cannot have confidence in Kosovo’s institutions and their alleged protection. That is why we rightly appeal for more intensive international protection of our holy sites and rights because the international civilian and military presence is currently the only guarantor of our survival. Wholeheartedly supporting the principle that all problems must be resolved peacefully and civilly, I believe that due to all the abovementioned, the dialogue between Belgrade and Pristina must include additional institutional measures to protect the SOC and our believers, as an important precondition for resolving existing issues in Kosovo and Metohija.